What is difference between Aluminum and Copper Core PCB 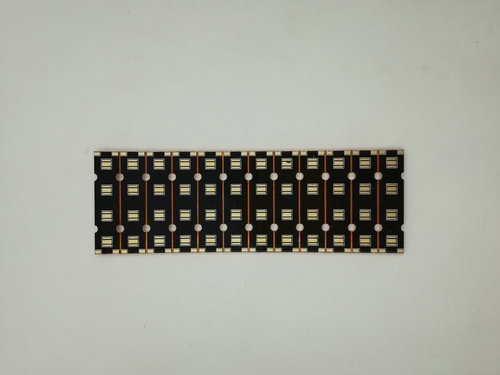 Although they both share similar properties and functions, there are still a few variations between the two kinds of metals. Some of the key differences between aluminium and copper core PCBs are explained in the points below

Although they both share similar properties and functions, there are still a few variations between the two kinds of PCBs. Some of the key differences between aluminium and copper core PCBs are explained in the points below.

This is by far one of the key considerations, when it comes to PCB designs, which is the price of the two metals. While the prices of metals are always fluctuating in the marketplace, copper is generally more expensive in comparison to aluminum, due to its comparative rarity.

Therefore, where budgetary considerations are more than other aspects such as design or application, choosing alumunum pcbs  over copper ones is a good decision.

When it comes to the issue of heat and its management, aluminum will stands out over copper, due to what is called ‘Thermal Conductivity’.The term is a reference to the rate at which heat is transferred in the metal, with aluminum offering a faster rate of heat transfer, in comparison to copper.

Due to this, copper boards are better when high temperatures may damage the internal components, or where higher power levels are required. In simple words, any applications where heat dissipation is a major requirement, the PCBs will do well with copper while others will do fine with aluminum.

Both aluminum and copper, being metals, are electrical conductors of electricity, although the exact degree of this varies between the two metals. When it comes to electrical conductivity, copper has a clear advantage over aluminum, and is the best pick where this aspect of the PCB design is of utmost importance.

In other words, in applications where there is a need for efficient electrical conductivity, copper makes for an ideal pick

Resistance is very important when it comes to PCB design, as it can have an effect on the overall function and stability of the component. Given that copper has a higher density than aluminum, it tends to have a lower resistance than aluminum, so copper is an better choice where there’s a requirement for thinner circuits and faster electricity transfer.

Since copper has the higher density for per unit area, the weight of copper PCB is much heavier than aluminum PCB for the same design.

In applications where light-weight construction is required more than anything else, aluminum is the preferred material of choice. On the other hand, applications where weight is not much of an issue, tends to be the ones where copper is widely used.

What is Surface Mount Technology (SMT)?

What is Between Standard PCB & Thick Copper PCB