What is PCB Electronics? 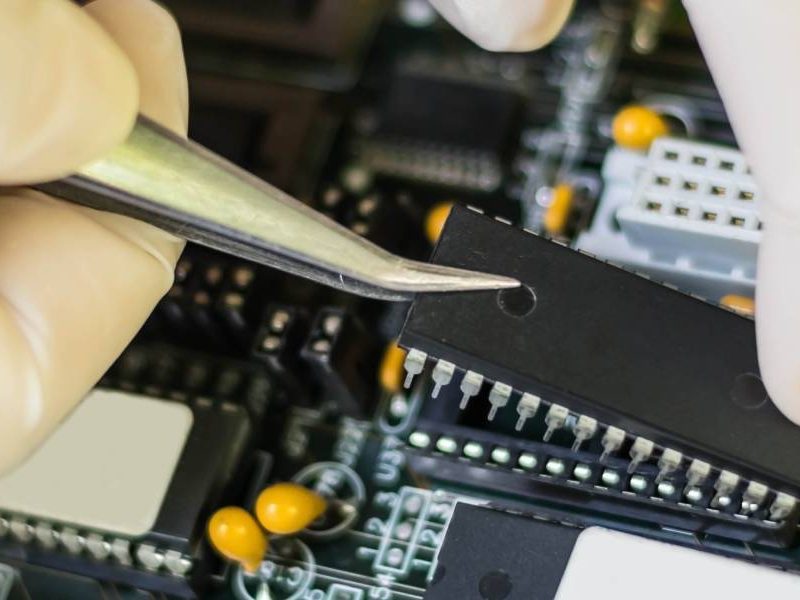 Did you know that PCB electronics has a layout similar to that of lasagna? PCBs typically consist of layers. These are, namely, Substrate or Fiberglass, Copper, Soldermask, and Silkscreen. These layers are fixed in place using lamination, industrial adhesives, and heat.

In the design stage, you display the PCB electronics layout using a schematic diagram. From there, the work progresses to convert it to an actual circuit board. Since there isn’t much room on a PCB, it is up to you to plan how you will place your electric components. It is vital to ensure that you are making the best use of the available space.

A resistor is an electrical device that regulates or controls the electric current flowing through a circuit board. Resistors are also used with other devices (i.e., transistors) to provide a set amount of voltage in a circuit.

Integrated circuits or ICs are typically dubbed as miniature versions of PCBs. The chips inside the IC themselves are relatively tiny and hard to connect to a PCB directly. However, you can connect an integrated circuit directly to a PCB with ease.

Silkscreen typically refers to the layers of ink traces that you use to mark various components on a PCB. The markings are mainly for identifying and highlighting test points/logos. They are also used for warning symbols. For most PCBs, the silkscreen lies on the component portion. There are some exceptions where you can mount it on the solder side as well.

When it comes to a PCB design, vias or via comprises two pads. You see them laid such that they correspond to one another on different layers on the PCB. You will know that they connect through a hole that is present in the circuit board itself.

Capacitors are electrical components that store an electric charge. They typically consist of a pair of conductors or even more, separated in between with an insulator. For PCBs in particular, capacitors are organized such that they allow the passage of AC but block DC from flowing.

A Diode is an electrical device that allows current to flow in a single, specified direction. So naturally, it prevents the flow of recent coming from the opposite direction. It consists of two terminals, namely, an anode and a cathode. A diode is commonly dubbed as a ‘unilateral semiconductor device.’

FR4 or FR-4 is a material that comprises woven fiberglass along with an epoxy resin binder. That means that the FR4 is flame resistant. It is a relatively cheap material and is available readily in the market.