6 Ways to Design for Circuit Board Rework 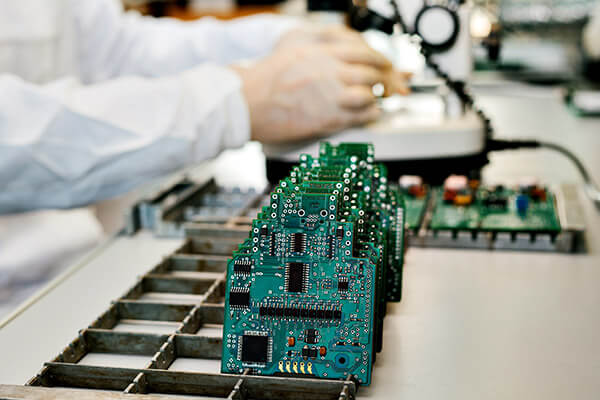 You won’t find DfRwk among any list of DfX design guidelines. DfX refers to a variety of design guidelines collected under the heading “design for excellence.” You’ve probably heard of the more popular guidelines, such as design for manufacturability (DfM), design for assembly (DfA), or design for test (DfT). But how about design for rework (DfRwk)?

DfRwk isn’t yet a part of that family of guidelines, but it should be.

What Does It Mean to Rework a PCB?

For the purposes of this article, rework refers to any operations that need to be completed after the primary printed circuit board assembly operations are complete.

Rework tasks will generally fall into one of two categories:

Necessary to fix a problem in the design, e.g.:

You need to change specs

You need to switch out components

6 Tips for Reworking a PCB

Now that we’ve defined what it means to rework a PCB, let’s dive into how it’s done! Here are six steps you can take today to improve the DfRwk of your design

Prototypes rarely need to be as small as final designs, so make your prototype PCB larger and put it in an off-the-shelf prototype enclosure. This will allow you to release your design faster, wasting less time on tricky PCB layout issues. To test as part of your system, connect your larger prototype PCB into tight spots in your system using cables. A larger PCB is easier to work with on the bench top, easier to probe, and easier to rework.

While it may seem cool and cutting edge to use micro BGA components or 01005 package resistors, you probably don’t need them – and you certainly don’t need them on your prototypes. You cannot easily rework parts that are smaller than a grain of sugar. For prototypes, consider using parts no smaller than 0402 unless absolutely necessary, and using parts with exposed leads instead of BGA or QFN packages, where possible.

Rework is easier and more reliable when there is more clearance around parts. For BGA, QFN, or other packages without exposed leads, allowing ample space around them is critical for localized rework reflow heating. For high-density connectors or press-fit connectors, clearance is necessary for tools that leverage against the PCB. For mechanical components such as heat sink snap-in pins, clearance for hand tools such as pliers is important.

The goal of circuit designers is to design everything right the first time. But you can save yourself a lot of time and trouble by designing in strapping resistors to allow you to pull all your setting pins high or low with a simple rework. Or consider adding extra unpopulated filter circuits around your power regulators. You can even design in entire secondary circuits that can be implemented by just moving a jumper from one header to another.

Where possible, use programmable parts to allow rework flexibility. Adjusting firmware is usually easier than cutting traces or re-soldering components. Look for locations where programmable voltage regulators, microcontrollers, or CPLDs/FPGAs might make sense in your prototype, even if it’s not what you intend for your final design.

Not following this guideline has bitten many, many designers. Spend the extra few cents to install every last one of those pesky programming headers. I can hear you all saying, “But I can program that part through the JTAG chain,” or, “We’ve built that part with the same code for a long time – there’s no chance we’re changing it

Everything You Need to Know About Trace Width